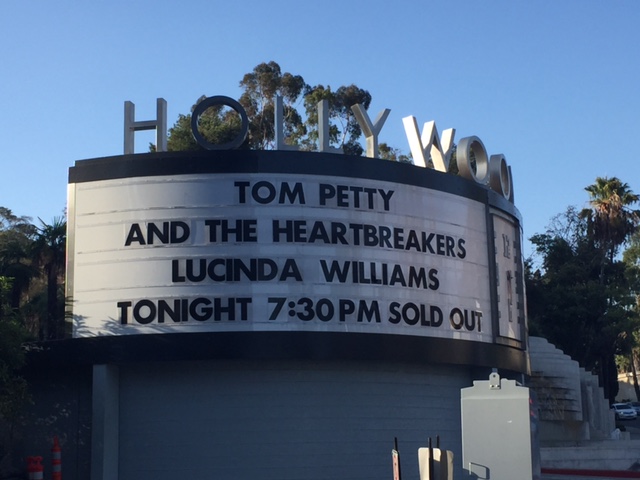 I had last seen Tom Petty in 1981. I wasn’t about to miss what was billed as his 40th anniversary tour with the Heartbreakers and what he, himself, said might be his last tour. And turns out, sadly, he was right about that “last” bit.

Well, it was nearly Summer as we sat on your roof
Yeah, we smoked cigarettes and we stared at the moon
And I showed you stars you never could see
It couldn’t have been that easy to forget about me

It seemed an eternity between the time I bought the tickets – as soon as they went on sale – and the night we finally walked up the familiar path to the Hollywood Bowl. Side note: you haven’t really lived until you’ve experienced the magic of the Bowl in the waning days of summer. Or in Los Angeles, well into September, during what…